Surfing / What to do if future fins do not fit in the fin plug. 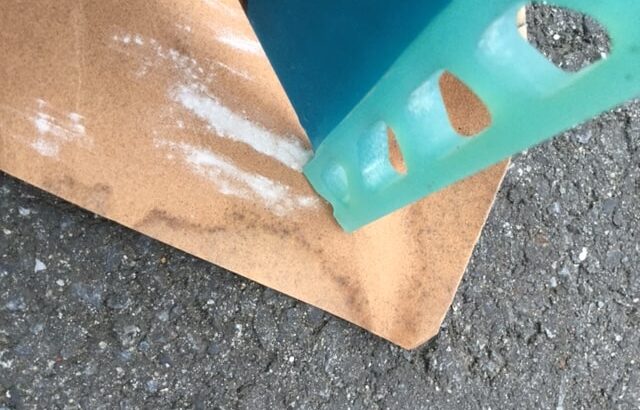 I have a problem. I bought a future fin. But it doesn’t go into the plug. What should I do?

I think it’s because the fins are a little bigger than the plugs. In my experience, the same thing happened several times. This time, I will tell you what to do if the future fin does not fit in the plug.

Wavalien
What you can see in this article
If the future fins don’t fit in the plug, file the base.

In some cases, my newly purchased Future fin didn’t fit in the plug.
The fins are just a little bigger than the fin box and won’t fit.
In that case, use sandpaper.
Shave a little bit of the part where you don’t need the fins.

Below is a case where only the front part of the glass fin base did not fit into the fin box..
Fins made of glass can be easily scraped.
Be careful not to scrape too much.
I got into the fin box with just two scrapes

The following is a case where the entire base part of the fin did not fit in the fin box.
The fins were made of a hard material, so I scraped them many times.
What I scraped is the part where the yellow paint is peeled off

Thank you for teaching me. After shaving with a file, it’s easy to get in.